9.1 - Confidence Intervals for a Population Proportion

9.1 - Confidence Intervals for a Population Proportion

A random sample is gathered to estimate the percentage of American adults who believe that parents should be required to vaccinate their children for diseases like measles, mumps, and rubella. We know that estimates arising from surveys like that are random quantities that vary from sample-to-sample. In Lesson 8 we learned what probability has to say about how close a sample proportion will be to the true population proportion.

In an unbiased random survey

The random error is just how much the sample estimate differs from the true population value. The fact that random errors follow the normal curve also holds for many other summaries like sample averages or differences between two sample proportions or averages - you just need a different formula for the standard deviation in each case (see sections 9.3 and 9.4 below). 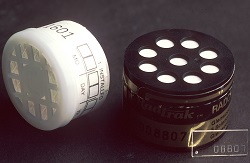 The EPA considers indoor radon levels above 4 picocuries per liter (pCi/L) of air to be high enough to warrant amelioration efforts. Tests in a sample of 200 Centre County Pennsylvania homes found 127 (63.5%) of these sampled households to have indoor radon levels above 4 pCi/L. What is the population value being estimated by this sample percentage? What is the standard error of the corresponding sample proportion?

Recap: the estimated percent of Centre Country households that don't meet the EPA guidelines is 63.5% with a standard error of 3.4%. The Normal approximation tells us that

Thus, a 68% confidence interval for the percent of all Centre Country households that don't meet the EPA guidelines is given by

Note! When you see a margin of error in a news report, it almost always referring to a 95% confidence interval. But other levels of confidence are possible

Confidence Intervals for a proportion:

To interpret a confidence interval remember that the sample information is random - but there is a pattern to its behavior if we look at all possible samples. Each possible sample gives us a different sample proportion and a different interval. But, even though the results vary from sample-to-sample, we are "confident" because the margin-of-error would be satisfied for 95% of all samples (with z*=2).

The margin-of-error being satisfied means that the interval includes the true population value.

Solution: No, in such a skewed situation- with only 1 home that does not have a refrigerator - the normal curve would be a very poor approximation to the distribution of sample proportions.