In this section, we examine a few important types of statistical pictures: bar graphs, time series plots, and scatterplots.

Before turning to these specific types of statistical pictures, it is important to note that regardless of the type of picture being used, there are some basic features that a good graph will possess:

Section 9.5 of the text (pages 190 to 194) provides illustrations ofthe difficulties that arise withpoor statistical graphics that do not follow these basic guidelines and create ambiguity and confusion in their interpretation..

The Gallup World Poll takes random samples of the adults in 132 different countries. In many of those countries, Gallup asks respondents to try and think about an overall evaluation of their lives and to specify how satisfied they are on a four-point scale (very dissatisfied, dissatisfied, satisfied, or very satisfied). Figure 4.6 shows a comparative bar graph giving the results from two surveys, one taking a random sample of adults in the United States and one using a random sample of adults in China. Bar graphs are often used to show the results of data for categorical variables and, as in Figure 4.6 can be used to compare categorical variables in two or more circumstances.

Each day the Gallup Poll takes a random sample of about 500 American adults nationally and asks them about a variety of issues including how much money they spent the day before not counting the purchase of a home or car or paying normal household bills like for electrical or phone service. Figure 4.7shows a line graph of the data presented in two ways: both as a 3-day rolling average (the dark green line) and as a 14-day rolling average (the light green line). For example, each point on the dark green line represents the average results of the amount spent by the 1500 American adults who had responded to the survey over the 3-day period leading up to the day of the survey. This type of line graph is called a time series plot because the points represent the variable being measured across time.

When looking at a time series plot like Figure 4.7 it is important to examine and interpret some key basic features: 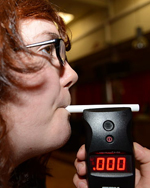 An experiment was carried out to see how Blood Alcohol Content (BAC) as measured by a breathalyzer change with the number of 12-ounce beers you drink (the experiment is discussed in the Electronic Encyclopedia of Statistics Examples and Exercises). In the experiment, 16 subjects each drew a number out of a hat. For example, if the number was a 3, then that subject drank 3 beers. A half-hour after finishing the last assigned beer a police officer used a breathalyzer, like the ones they use in the field, to measure the subject's BAC level. Figure 4.8 shows a scatterplot of the results. Each point represents a different subject. For example, one subject drank 6 beers and had a BAC of 0.10; over the legal limit for driving. 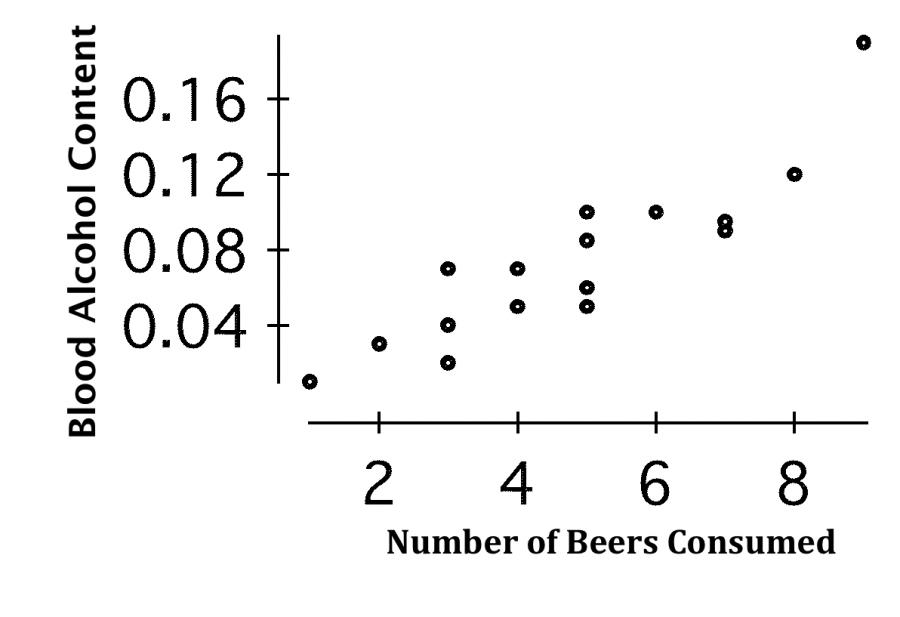 Figure 4.8 Number of 12-ounce Beers Consumed versus BAC for 16 Subjects

Scatterplots are used for displaying the relationship between two measurement variables. Examining Figure 4.8, we can see a clear trend - there is an obvious positive association between the number of beers and the BAC - increases in one variable are associated with increases in the other. The data here were based on a randomized experiment and the causal nature of this particular relationship is quite well established. Positive associations are reflected in a cloud of points in the scatterplot that goes "uphill" as you move from left to right. A negative association, like the one we would see if we plotted the weights of cars versus their gas mileage, shows a cloud of points going "downhill".