10.1 - Introduction to the F Distribution

10.1 - Introduction to the F Distribution

Between Groups (Numerator) Degrees of Freedom

Scenario: An F test statistic of 2.57 is computed with 3 and 246 degrees of freedom. What is the p-value for this test? 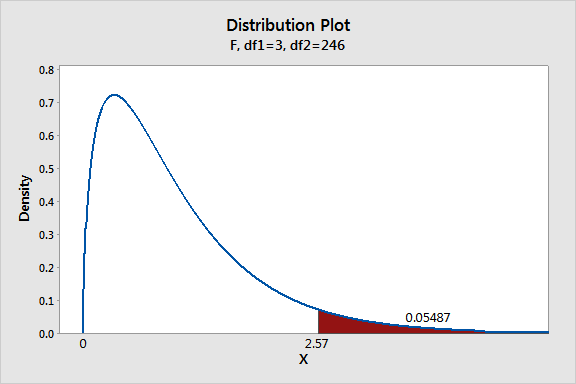 Note: When you conduct an ANOVA in Minitab Express, the software will compute this p-value for you.

Below is an interactive video designed to help you review the F distribution and practice using Minitab Express and StatKey to look up p-values.