Note that this method of constructing a sampling distribution requires that we have population data. In most cases we do not know all of the population values. If we did, then we wouldn't need to construct a confidence interval to estimate the population parameter! In those cases we can use bootstrapping methods which you will see in the next section.

As you look through the following examples, note that when the sample size is large the sampling distribution is approximately symmetrical and centered at the population parameter.

The following pages include examples of using StatKey to construct sampling distributions for one mean and one proportion.

We are conducting an experiment in which we are flipping a fair coin 5 times and counting how many times we flip heads. Whether or not the coin lands on heads is a categorical variable with a probability of 0.50. Let's use StatKey to construct a distribution of sample proportions that we could use to determine the probability of any of the possible combinations of successes and failures.

StatKey has a number of built-in datasets. These are great for practicing or for demonstration purposes. In real life, you will have your own datasets that are not built in. For a categorical variable, we can change the population proportion as we did in the example on Lesson 4.1.1.2. For a quantitative variable, we need to copy all of our data into StatKey. The video below walks through an example of copying data from Excel into StatKey.  The same procedures can be used to copy data from Minitab, or any other program, into StatKey.

This example uses data from

There is an inverse relationship between sample size and standard error.  In other words, as the sample size increases, the variability of sampling distribution decreases. 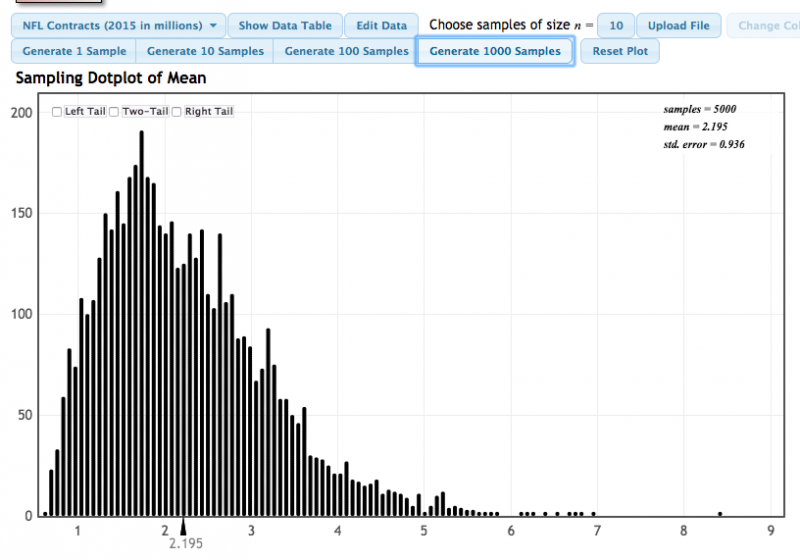 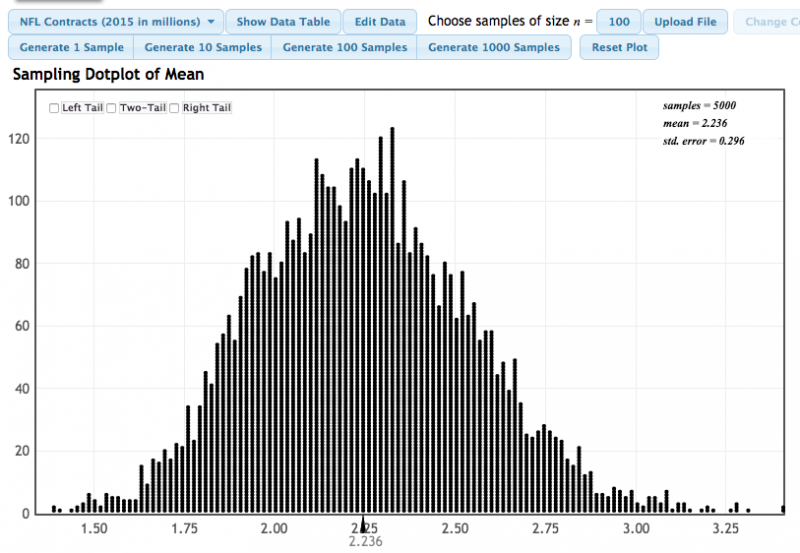 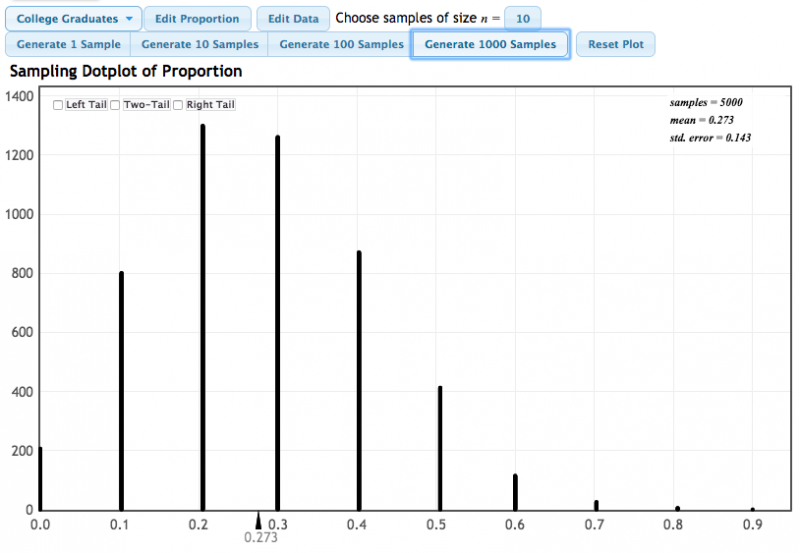 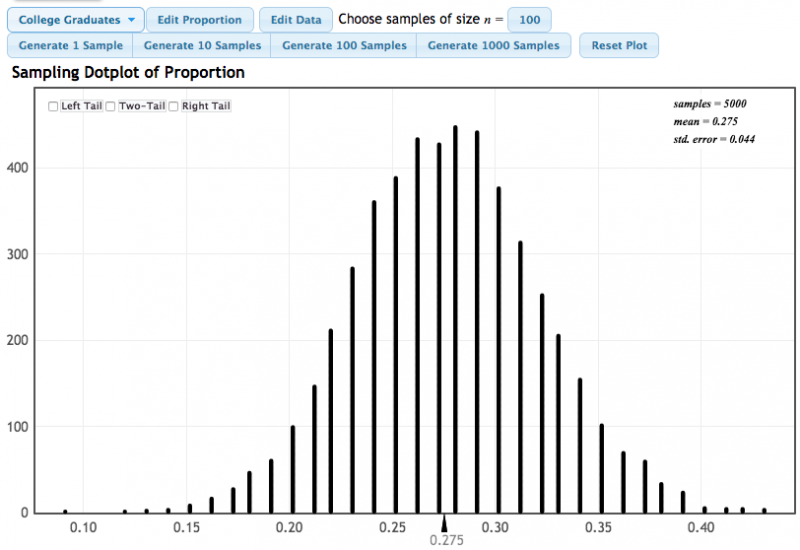