As the title of Stat 414 suggests, we will be studying the theory of probability, probability, and more probability throughout the course. Here's a (brief!) overview of what we'll do in the course:

In Section 1, one of our primary focuses will be to develop an understanding of the various ways in which we can assign a probability to some chance event. We'll also learn the fundamental properties of probability, investigate how probability behaves, and learn how to calculate the probability of a new chance event.

In Section 3, as the title suggests, we will investigate probability distributions of continuous random variables, that is, random variables whose possible outcomes fall on an infinite interval. It's in this section that you'll want to make sure your calculus skills of integration and differentiation are up to snuff before tackling many of the problems you'll encounter. 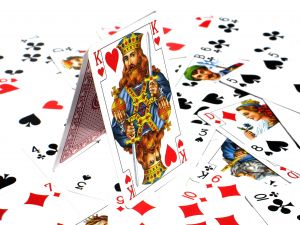 In Section 4, we'll extend many of the definitions and concepts that we learned in Sections 2 and 3 to the case in which we have two random variables. More specifically, we will: