Jessica weighs herself every Saturday for the past 30 weeks. The table below shows her recorded weights in pounds.

Create a histogram of her weight.

For histograms, we usually want to have from 5 to 20 intervals. Since the data range is from 132 to 148, it is convenient to have a class of width 2 since that will give us 9 intervals. 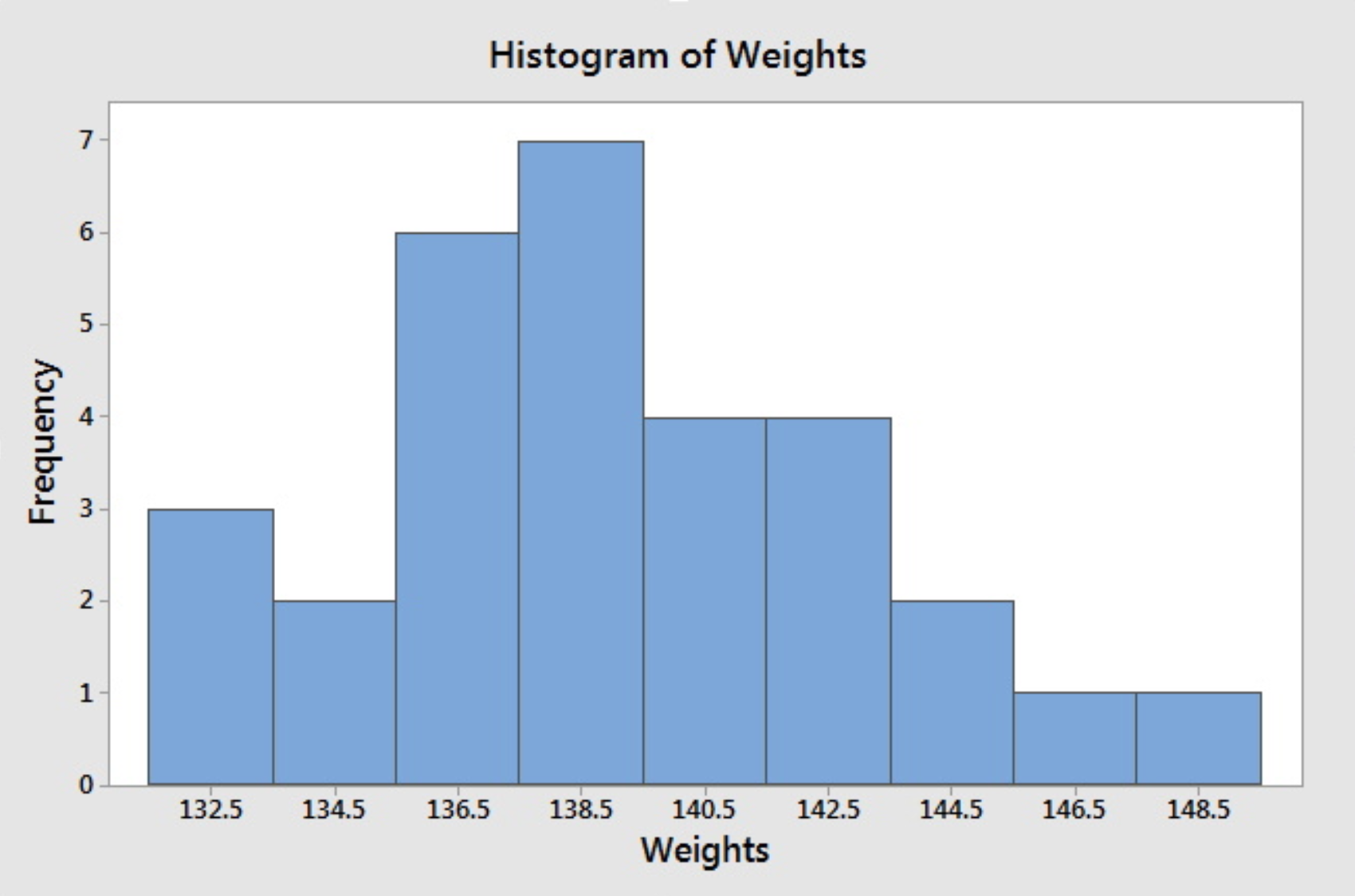 If we do not specify the midpoint for the definition of intervals, Minitab will default to choose another set of class intervals resulting in the following histogram. According to the include left and exclude right endpoint convention, the observation 133 is included in the class 133-135. 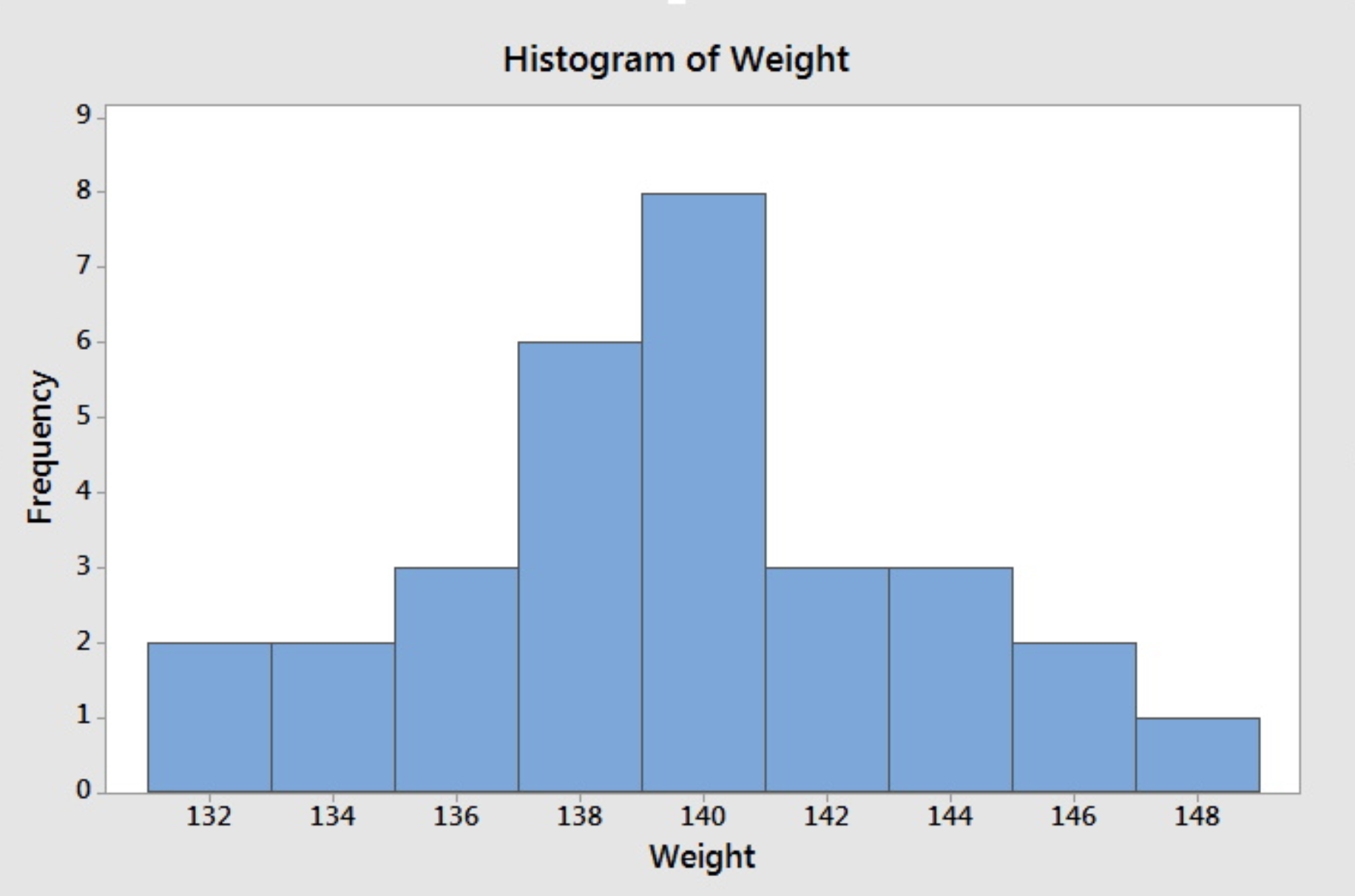 How to create a histogram in Minitab: