The data set birthsmokers.txt contains data on the birthweight (y = Wgt), gestation length (x1 = Gest) and (x2 = Smoke, 1 if mother smoked, 0 if not) of babies born to 32 mothers. If you wanted to fit a multiple regression model that allowed for an interaction between gestation length and smoking, you'd first have to create a variable in your worksheet, GestSmoke say, that contained the interaction term. Use Minitab's calculator to create the interaction term in your worksheet. 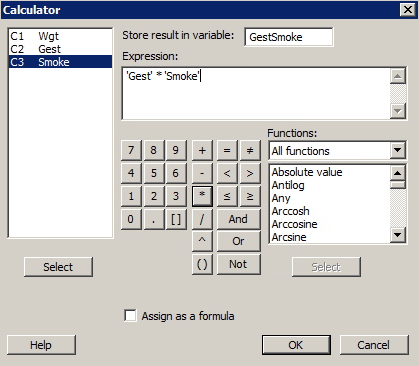