Researchers were interested in learning how the composition of cement affected the heat evolved during the hardening of the cement. Therefore, they measured and recorded the following data (cement.txt) on 13 batches of cement:

Perform stepwise regression on the data set. Let αE = αR = 0.15. In doing so, require that the predictor x2 be included in all models considered. 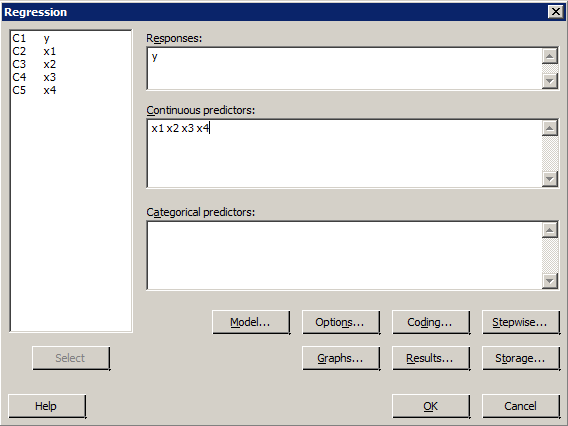 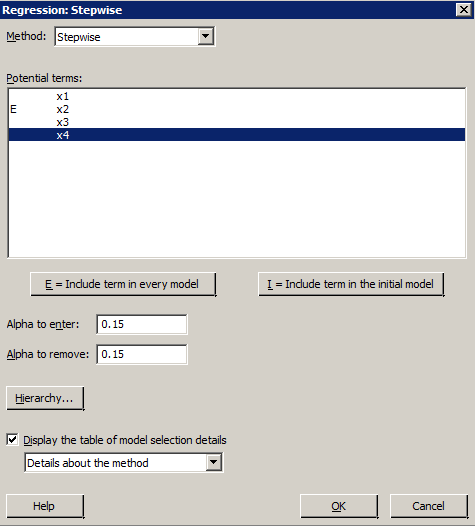