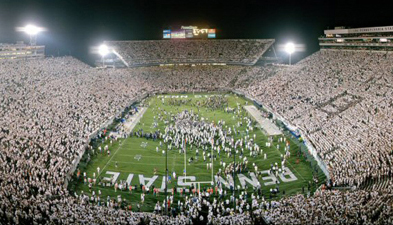 Select three fans randomly at a football game in which Penn State is playing Notre Dame. Identify whether the fan is a Penn State fan (\(P\)) or a Notre Dame fan (\(N\)). This experiment yields the following sample space:

Likewise, by independence and mutual exclusivity of \(PPN, PNP\), and \(NPP\):

There are a few things to note here:

Let's give a formal definition of a random variable. 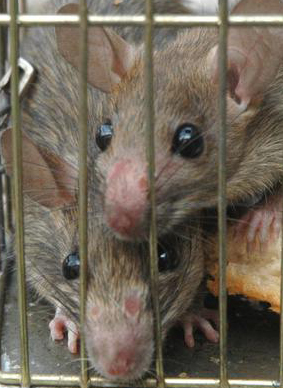 A rat is selected at random from a cage of male (\(M\)) and female rats (\(F\)). Once selected, the gender of the selected rat is noted. The sample space is thus:

Note that we don't necessarily need to use the numbers 0 and 1 as the support. For example, we could have alternatively (and perhaps arbitrarily?!) used the numbers 5 and 15, respectively. In that case, our random variable would be defined as \(X = 5\) of the rat is male, and \(X = 15\) if the rat is female.

As you might have guessed by its name, we will be studying discrete random variables and their probability distributions throughout Section 2.