Let's review the basic concept of a confidence interval.

Suppose we want to estimate an actual population mean \(\mu\). As you know, we can only obtain \(\bar{x}\), the mean of a sample randomly selected from the population of interest. We can use \(\bar{x}\) to find a range of values:

that we can be really confident contains the population mean \(\mu\). The range of values is called a "confidence interval."

Should using a hand-held cell phone while driving be illegal? Section

There is little doubt that over the years you have seen numerous confidence intervals for population proportions reported in newspapers.

For example, a newspaper report (ABC News poll, May 16-20, 2001) was concerned whether or not U.S. adults thought using a hand-held cell phone while driving should be illegal. Of the 1,027 U.S. adults randomly selected for participation in the poll, 69% thought that it should be illegal. The reporter claimed that the poll's "margin of error" was 3%. Therefore, the confidence interval for the (unknown) population proportion p is 69% ± 3%. That is, we can be really confident that between 66% and 72% of all U.S. adults think using a hand-held cell phone while driving a car should be illegal.

The previous example illustrates the general form of most confidence intervals, namely:

The lower limit is obtained by:

The upper limit is obtained by:

Once we've obtained the interval, we can claim that we are really confident that the value of the population parameter is somewhere between the value of L and the value of U.

So far, we've been very general in our discussion of the calculation and interpretation of confidence intervals. To be more specific about their use, let's consider a specific interval, namely the "t-interval for a population mean µ."

t-Interval for a Population Mean
The formula for the confidence interval in words is:

Clearly, the sample mean \(\bar{x}\) , the sample standard deviation s, and the sample size n are all readily obtained from the sample data. Now, we just need to review how to obtain the value of the t-multiplier, and we'll be all set.

How is the t-multiplier determined? 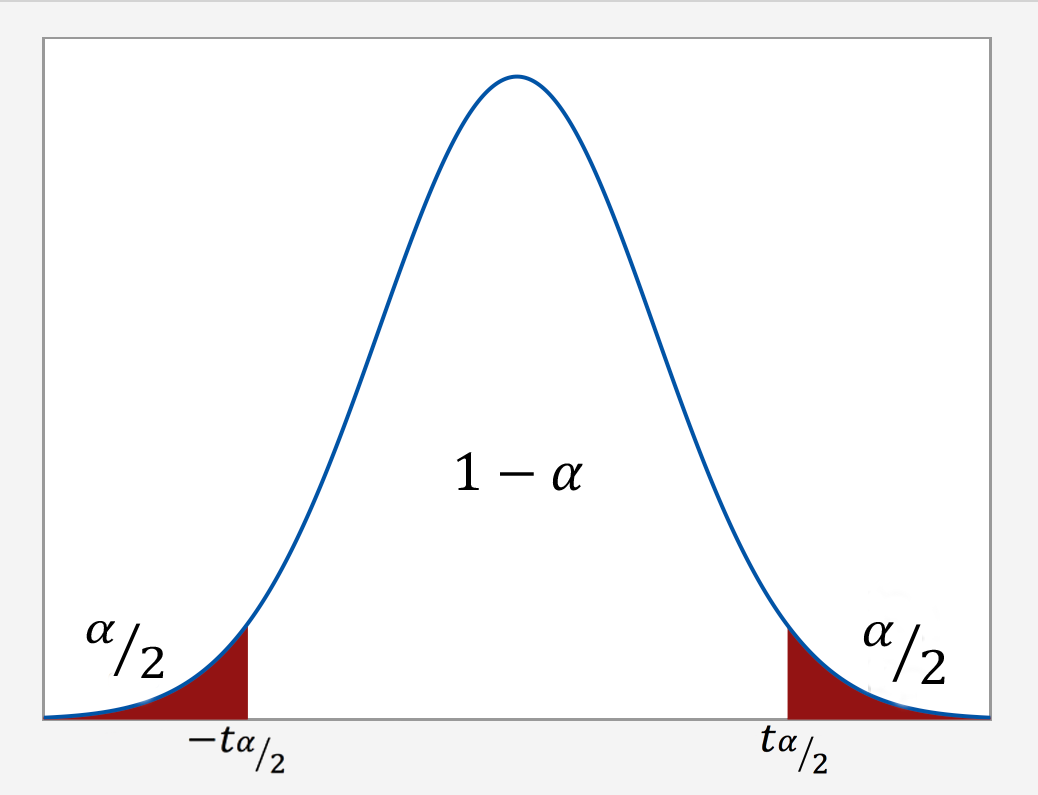 The good news is that statistical software, such as Minitab, will calculate most confidence intervals for us.

The following is the Minitab Output of a one-sample t-interval output using this data.

Which of these two intervals is more informative? Of course, the narrower one gives us a better idea of the magnitude of the true unknown average GPA. In general, the narrower the confidence interval, the more information we have about the value of the population parameter. Therefore, we want all of our confidence intervals to be as narrow as possible. So, let's investigate what factors affect the width of the t-interval for the mean \(\mu\).

Of course, to find the width of the confidence interval, we just take the difference in the two limits:

What is the width of the t-interval for the mean? If you subtract the lower limit from the upper limit, you get:

Now, let's investigate the factors that affect the length of this interval. Convince yourself that each of the following statements is accurate: