Welcome to the course notes for STAT 415: Introduction to Mathematical Statistics. These notes are designed and developed by Penn State's Department of Statistics and offered as open educational resources. These notes are free to use under Creative Commons license CC BY-NC 4.0.

This course is part of the Online Master of Applied Statistics program offered by Penn State's World Campus.

If you are a current student in this course, please see Canvas for your syllabus, assignments, lesson videos and communication from your instructor.

If you would like to enroll and experience the entire course for credit please see 'How to enroll in a course' on the World Campus website.

We spent all of our time in Stat 414 filling up a probability toolbox just so we'd be in a position in Stat 415 to fill up a statistics toolbox that we can use to answer research questions. For example, suppose someone (a researcher? pollster? student?) is interested in learning something (average blood pressure? purchasing habits? median age?) about a population of somebodies (the elderly? students? trees?). Someone might even be interested in comparing two or more populations (males vs. females? athletes vs. non-athletes? oaks vs. elms?). Unfortunately, populations are often too large to measure all of the somebodies. So, we take a random sample of some bodies from the population. We then use the measurements (data) taken on the sample to draw conclusions about the larger population. We use probability calculations, such as those learned in Stat 414, to help draw the conclusions. 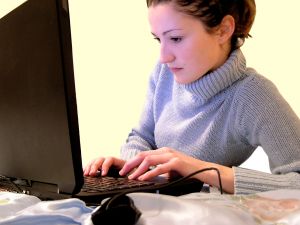 The data in such a raw format are not particularly helpful, so the researcher uses a "sample statistic" to summarize the data. Based on his sample, the researcher calculates the proportion in his sample that he deemed addicted to the internet:

That \(p\) with a caret (^) over it is, by the way, and perhaps not surprisingly, called "p-hat." It, in general, denotes the proportion in a sample with a particular characteristic.

By the way, the interval is so narrow here, because the sample size is so large. Polling sample sizes are typically in the range of 1000 to 1600 respondents.

In these lessons, we'll work on not only obtaining formulas for the estimates and intervals but also on arguing that they are "good" in some way... unbiased, for example. We'll also address practical matters, such as how sample size affects the length of our derived confidence intervals. And, we'll also work on deriving good point estimates and confidence intervals for a least-squares regression line through a set of \((x,y)\) data points. 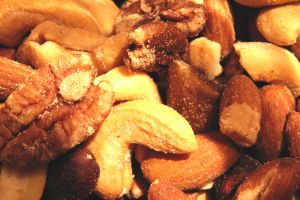 Researchers are interested in answering the following research question: Does eating nuts regularly lower the risk of heart attacks in women? The researchers deem that a woman eats nuts regularly if she eats more than five ounces of nuts in one week.

Does eating nuts regularly lower the risk of heart attacks in women?

The question we need to answer is:

In these lessons, we'll work on not only obtaining formulas for the hypothesis tests but also on arguing that they are "good" in some way... powerful, for example. We'll also learn how to use the analysis of variance technique to compare more than two means, as well as how to use a set of \(x,y\) data points to test for a linear relationship between the \(x\)-variable and \(y\)-variable. 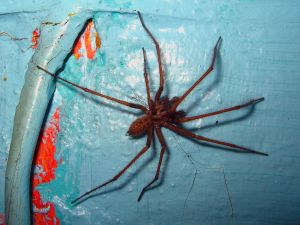 Again, we cannot possibly measure the length of the front legs of all of the spiders in the population. We can take a random sample of spiders from the population though and measure their front legs. The biologist did this for us by obtaining:

We'll soon learn that the methods in Section 8, called nonparametric methods, are derived without making assumptions about the distribution of the underlying data. After we have worked our way through Section 8, we'll be able to make this kind of statement for the biologist of this example:

And, we will be able to make that statement without making any assumptions about the distribution of the front leg length of spiders.

The previous example illustrates the kind of question we'll answer in the lessons in Section 8. Specifically, we'll learn:

Again, all of the methods we learn in Section 8 are developed making little or no assumptions about the distribution of the underlying data. 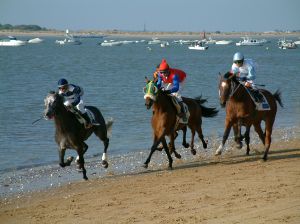 The following amounts are bet on horses A, B, and C to win:

We'll soon learn, in Section 9, how Bayesian statisticians use subjective probability to answer this kind of question. In short, we can use the amount bet on horse A as an indicator of the bettors' feelings about which horse is going to win. That is, the probability that horse A will win is:

Therefore, the odds against horse A winning is:

In addition to learning how to make the kind of calculation illustrated in the above example, we'll learn how Bayesians estimate the value of a population parameter, such as a mean or variance parameter.

That does it! That's the summary in a nutshell of where we'll be going in this Stat 415 course. Now, let's pick up our probability toolbox, jump right in and get to work!