At the end of Lesson 2.2.10 you learned that the five-number summary includes five values: minimum, Q1, median, Q3, and maximum. These five values can be used to construct a graph known as a boxplot. This is sometimes also referred to as a box and whisker plot. 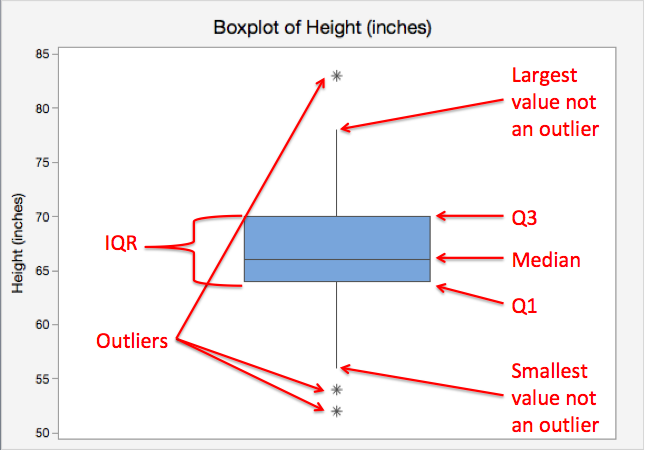 Minitab Express uses the IQR method to identify outliers. You will learn more about this on the next page.

To create a single boxplot in Minitab Express:

This should result in the following boxplot: 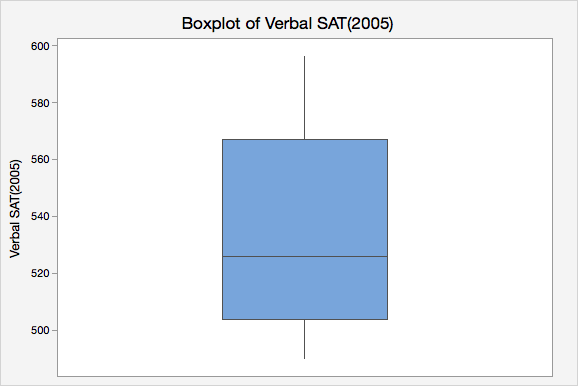 Select your operating system below to see a step-by-step guide for this example.