In this course, we will be using Pearson's \(r\) as a measure of the linear relationship between two quantitative variables. In a sample, we use the symbol \(r\). In a population, we use the Greek letter \(\rho\) ("rho"). Pearson's \(r\) can easily be computed using statistical software.

Correlation
A measure of the direction and strength of the relationship between two variables.

The following table may serve as a guideline when evaluating correlation coefficients: 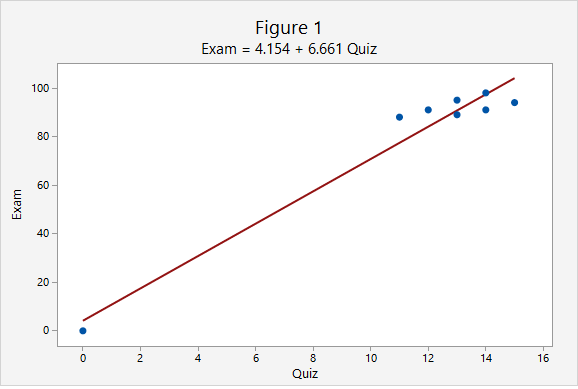